Studying postcolonial literatures in English can (and indeed should) make a human rights activist of the reader – there is, after all, any amount of evidence to show the injustices and inhumanity thrown up by processes of decolonization and the struggle with past legacies and present corruptions. Yet the human-rights aspect of postcolonial literary studies has been somewhat marginalized by scholars preoccupied with more fashionable questions of theory.
The present collection seeks to redress this neglect, whereby the definition of human rights adopted is intentionally broad. The volume reflects the human rights situation in many countries from Mauritius to New Zealand, from the Cameroon to Canada. It includes a focus on the Malawian writer Jack Mapanje.
The contributors’ concerns embrace topics as varied as denotified tribes in India, female genital mutilation in Africa, native residential schools in Canada, political violence in Northern Ireland, the South African Truth and Reconciliation Commission, and the discourse of the Treaty of Waitangi. The editors hope that the very variety of responses to the invitation to reflect on questions of “Literature and Human Rights” will both stimulate further discussion and prompt action.

Jack Mapanje’s address to the conference

Sindiwe MAGONA: Reading from To My Children’s Children

Lesego RAMPOLOKENG: A play, this land is the stage

Chantal ZABUS: Between Rites and Rights: Excision on Trial in African Women’s Texts and Human Contexts

Chandra CHATTERJEE: Anita Desai: The Compulsions of a Cosmetic Setting

Ken ARVIDSON: Testing Our Limits: Regionalism, Nationalism, and Selfhood in the Anglophone Literature/s of Oceania

Dieter RIEMENSCHNEIDER: “Governor high up, up, up, and Te Kemara down low, small, a worm, a crawler”: The political and
poetic discourse of the Treaty of Waitangi

Maggie Ann BOWERS: Eco-Criticism in a (Post-)Colonial Context and Leslie Marmon Silo’s Almanac of the dead

Lindsey COLLEN: Darkness, the Mother of

Peter O. STUMMER: The New Cultural Divide: The Image of China and the Chinese (Literary) Diaspora

Jogamaya BAYER: Is the Coming of Justice Infinitely Deferred?

Gallery of Contributors and Subjects 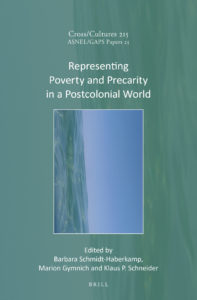